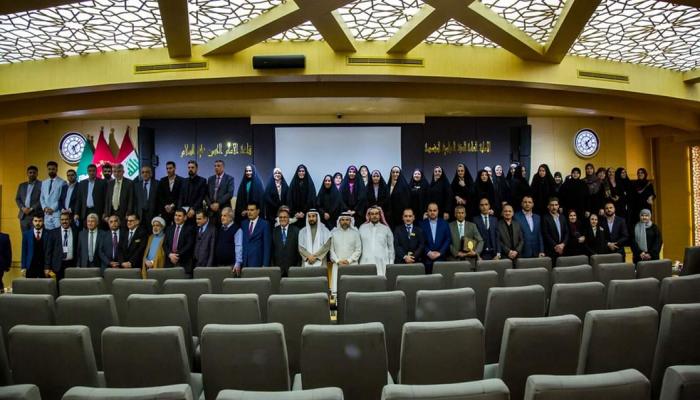 The Central Library at Nahrain University participated in the First International Conference on Information and Libraries, entitled "Knowledge Organization in the Digital Environment", which was organized by the Faculty of Arts at Mustansiriya University and the Center for Indexing and Information Systems at the Abbasid Holy Shrine in cooperation with the Arab Federation of Libraries and Information Academic figures from around the world who lasted for two days on the first day at the University of Mustansiriya and others at the holy Abbasid threshold.

The conference aims at addressing the latest applications in the field of indexing standards and systems such as RAD and MARC 21, discussing issues related to indexing in the digital environment in Arabic libraries, and discussing the possibility of enhancing Arab cooperation in digitization and development of specialized digital repositories in various fields of knowledge. .

The Central Library has participated in several conferences and workshops held by government agencies and independent bodies in the field of information and libraries.